On March 2nd, 2019 at 8:30 pm, my mother passed away. For 2 years I have been by her side helping her as her health deteriorated and eventually took her life. My mother fought for her life by putting herself through extraordinary and heroic measures. Eventually, she moved into palliative care. Her care providers could tell that all the measures that were being taken were adding up and that my mother’s care was complex, and incredibly taxing on her system.

My mother had enough and one day she said no more. On that day, she was asking the world to give her permission to let go. Her fight was over but her body had not yet given up. She moved into hospice care and all efforts were to make her comfortable. In 16 days, her body finally succumbed to the years of treatments and she passed in her sleep. 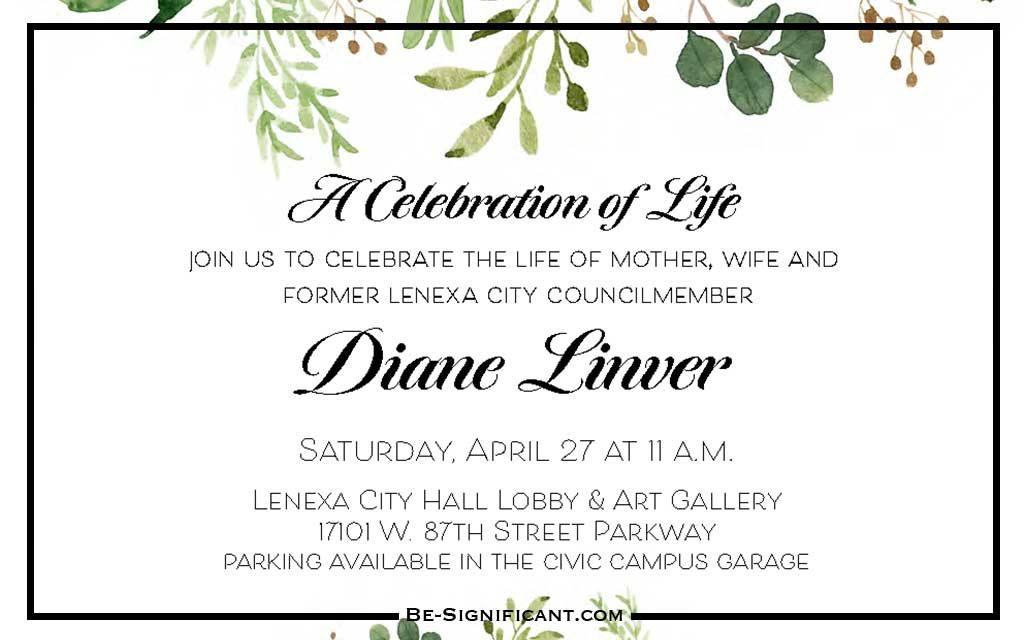 Announcement for Celebration of Life

I have been writing about my experiences of working with our healthcare system. I have written of my stress, my fears, my grief, and most especially my love for my mother. Her celebration of life was held on April 27th, 2019 in Lenexa, Kansas where my mother served for 28 years on the city council. The following is my written statement that I read at her celebration of life. Te amo mommy. I miss you every day. Happy Mother’s Day. 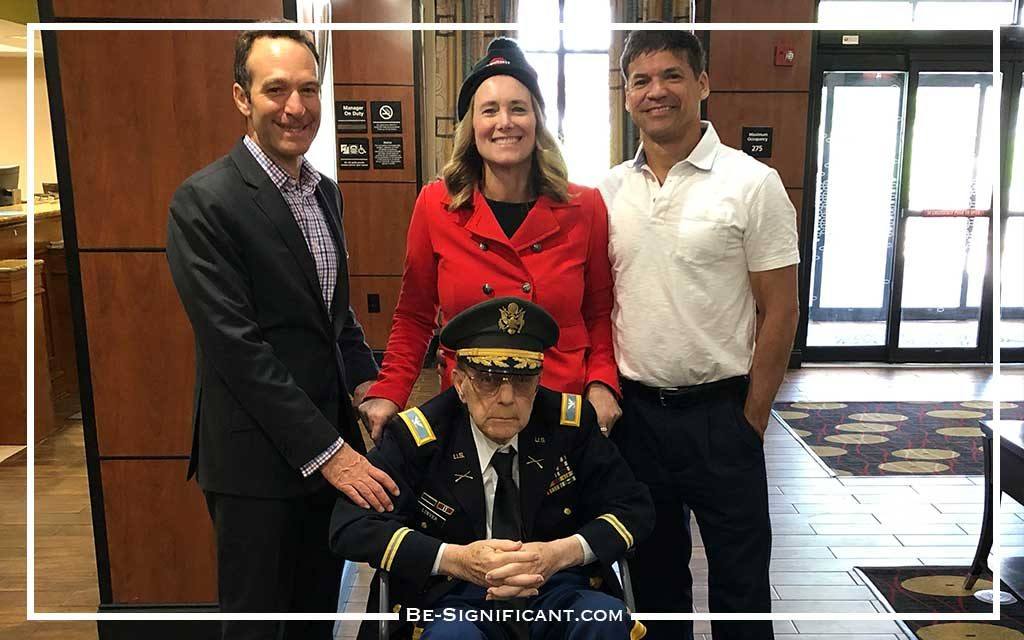 Celebration of Life – Words About My Mom

On the day I was born, the universe gave me the most amazing gift. She was a shining star, a guiding light, and an anchor through the storms of life. All of you knew her as a spunky, opinionated, competitive, dedicated, and lively woman named Diane Linver. I just called her mom.

My mother had this amazing long brown hair. It surrounded her face perfectly when she smiled. As a child, I looked up to her, while she held my hand – and I watched her brown hair flow in the wind. I was by her side when her hair fell out, grew back, turned grey, and fell out again. We can never predict the circumstances of our lives. They can be downright unfair – like when cancer knocked on her door and nearly put out the shining light. My mother was so full of love and life – I was with her every step of the way giving back to her the love she so freely gave to others. 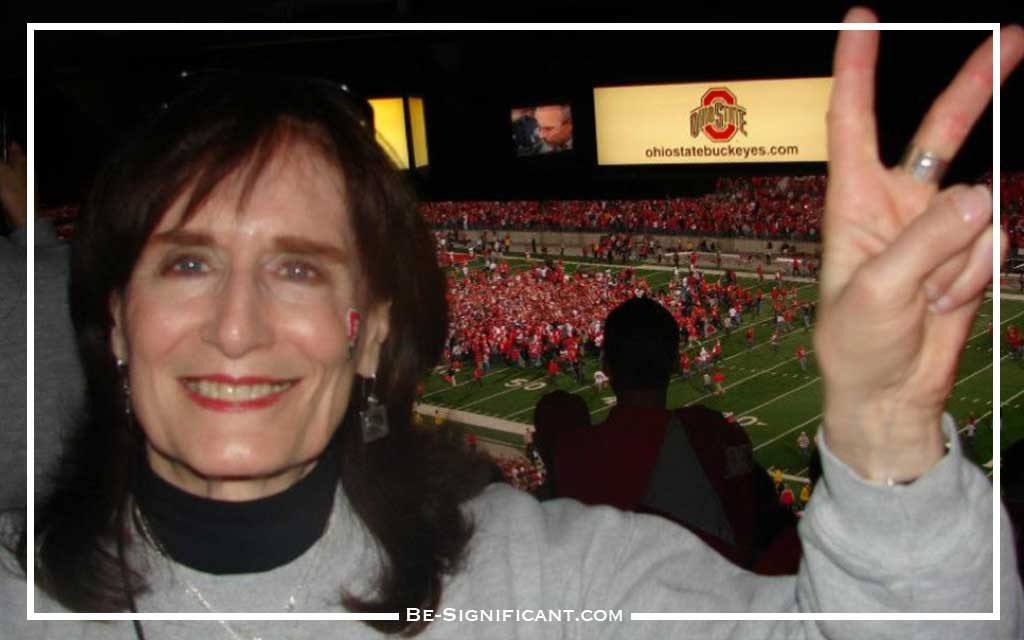 My mother loved Ohio State football. She used to yell at the tv during the games, boast about the team to anyone who would listen, and she knew all the players and stats. She once said to me that she wanted to go to a game in Columbus with me and we were able to make that dream come true before she took ill. It was the game of the year against Iowa – we went early to listen to the best damn band in the land, stayed until the end in a double-overtime win. It was an amazing memory. My mother deserved to watch one more catch, one more first down, one more touchdown, and one more Ohio State win. I have to imagine that if there is a heaven, she and Woody Hayes – who she had over to dinner at her home at Ft. Leavenworth – are sitting discussing this year’s prospects. In her final days, I told the staff to dress her in nothing but Ohio State shirts and pants – that way when she passed she would be wearing scarlet and grey.

My mother was fiercely competitive. It showed in her passion for change as a city council member. But it also showed up when she punted a football consistently 50 yards when she refused to give in to segregation and sat in the back of the bus and drank from the wrong fountains. She survived an early life of misery that no daughter, mother, or wife should have to endure. She survived the foster care system and an abusive mother. But she also cheated occasionally at gin rummy because she hated to lose. We played cards until the very end. I just let her win. She deserved 1000 more hands. 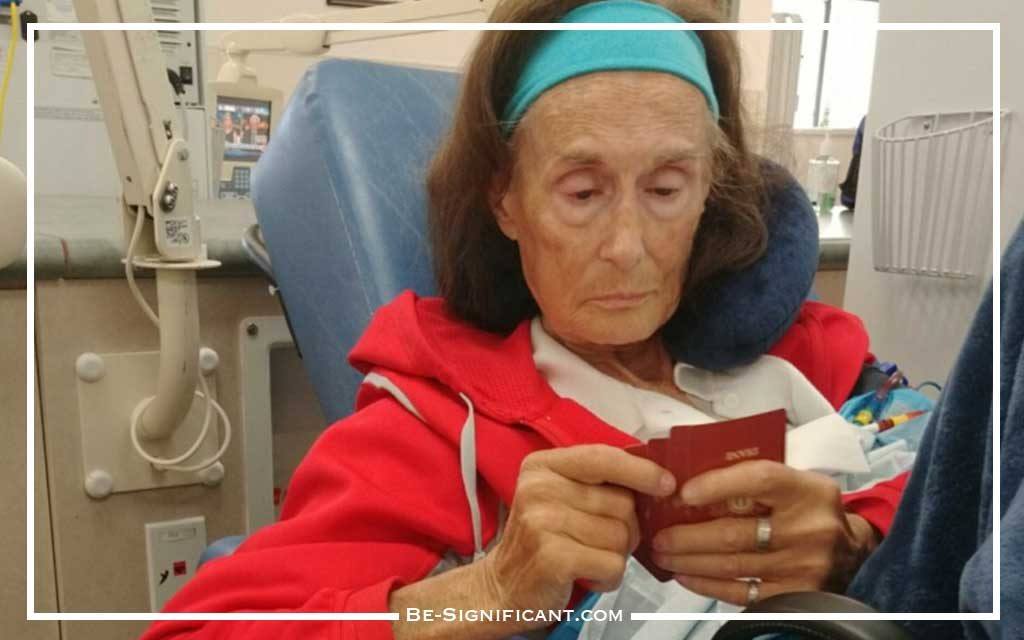 In October when my mother’s health turned for the worse, she said to me that all she wanted to do was to re-watch every episode of Inspector Morse. We watched them all, every episode of The Closer, and every episode of Inspector Lewis. She loved to try to figure out the puzzle of who-done-it. It was something we shared over the years. I cherished every moment I could spend with her and I know she thought often of her extended family here in Kansas. But you cannot be in two places at once when you are walking your final steps and my mother chose to spend those walks with me. I will never forget her love, her spirit, and her friendship.

If a legacy is defined as what we leave behind, then my mother has left so much. She raised two sons and a daughter and influenced the lives of two stepsons. She had 10 grandchildren who she and her husband Sid took on their own personal adventure – fishing trips, cruises through Alaska, parasailing, concert halls in the northeast – making sure that each grandchild did something meaningful with their grandparents. You will also find her smiles, laughter, tears, and energy in the hearts and minds of all of her friends, co-workers, constituents, and in the lives of so many children. She left behind flowers, plants, and trees – the arts and a keen focus on the conservation of water. My mother’s influence spanned the globe from Puerto Rico to England, from Ohio to Kansas, from Isreal to Brazil. There are few that have met her would ever forget her.

My mother was an amazing wife. She followed my father around the world – and at every base, she dug in and dedicated herself to helping others. She was host along with Sid to families from all over the world during her time at Ft. Leavenworth – helping families acclimate to a new culture and helping the families make Kansas their home. She ran leadership courses to help develop leaders of the future – and she told the most amazing stories that made learning fun. One of her favorite stories was when she was wearing a new dress and swinging as high as she could on the playground. Pumping higher and higher and setting to flight – only to land in only the cuffs and collar. My mother is somewhere today telling her stories of a lifetime, and she is helping others – I am sure of it. It was her way – her most beautiful way of caring for others.

My final memory – the one that I will choose to remember – over the images in my head of her last days – was when I walked into her room dressed all in Ohio State colors. She did not recognize me at first and said to her care provider – who is that beautiful woman who just came into the room. I walked to her, grabbed her hand in mine, and said, “it’s me, mother.” She said I was so beautiful. All I could see was the beauty in her face, the strength in her hands, and the unconditional love that was always there for me – no matter what.

My mother fought an incredible battle against cancer and eventually lost. It took her body, her light, but it never touched her mind or spirit. She was the most beautiful and incredible woman I have ever met, and I got to keep her by my side for 54 of her 79 years. Thank you, mom, for your love, for your support, and for being the most incredible role model. Through you, I learned so much. Your imprint on me will last a lifetime.

Thank you to everyone here today who came to celebrate the life of my mother. She loved you all and she absolutely loved the city of Lenexa. The sun shines a little less bright with her loss – but through all of us, her light will continue to shine.

Photo Album of Pictures of Mom